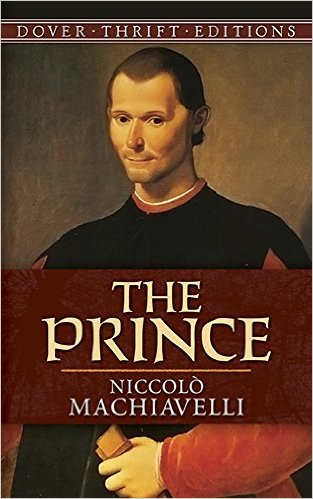 The Prince – by Niccolò Machiavelli

A classic primary source for how to acquire and maintain power in any facet of life. Published in 1532, Machiavelli writes a book for his Prince containing a wealth of knowledge he has gained from studying the rise and fall of Princedoms in his era and the times before him. Many of the lessons of human nature described in this book are directly relatable to life today. This truly is a book that has withstood the test of time.

Men, thinking to change their condition, are always ready to change masters.

He, therefore, who acquires such a State, if he mean to keep it, must see to two things; first, that the blood of the ancient line of Princes be destroyed; second, that no change be made in respect of laws or taxes.

The new Prince, therefore, has only to see that they do not increase too much in strength, and with his own forces, aided by their good will, can easily subdue any who are powerful, so as to remain supreme in the Province.

War is not to be avoided, but only deferred to your disadvantage.

He who is the cause of another’s greatness is himself undone, since he must work either by address or force, each of which excites distrust in the person raised to power.

There are three methods whereby it may be held (cities). The first is to destroy it; the second, to go and reside there in person, the third, to suffer it to live on under its own laws, subjecting it to a tribute, and entrusting its government to a few of the inhabitants who will keep the rest your friends.

For, in truth, there is no sure way of holding other than by destroying.

Me, for the most part, follow in the footsteps and imitate the actions of others.

The wise man should always follow he roads that have been trodden by the great, and imitate those who have most excelled.

And let is be noted that there is no more delicate matter to take in hand, nor more dangerous to conduct, nor more doubtful in its success, than to set up as a leader in the introduction of changes.

Whoever, therefore, on entering a new Princedom, judges it necessary to rid himself of enemies, to conciliate friends, to prevail by force or fraud, to make himself feared yet not hated by his subjects, respected and obeyed by his soldiers, to crush those who can or ought to injure him, to introduce changes in the old order of things, to be at once severe and affable, magnanimous and liberal, to do away with a mutinous army and create a new one, to maintain relations with Kings and Princes on such a footing that they must see it for their interest to aid him, and dangerous to offend, can find no brighter example that the actions of this Prince. (Cesare Borgia)

Hence we may learn the lesson that on seizing a state, the usurper should make haste to inflict what injuries he must and not renew them daily. Injuries therefore should be inflicted all at once.

A Prince, therefore, who has a strong city, and who does not make himself hated, can not be attacked, or should he be so, his assailant will come badly off.

A Prince must lay solid foundations, since otherwise he will inevitably be destroyed. The main foundations are good laws and good arms.

Captains of mercenaries are either able men or they are not. If they are, you cannot trust them, since they will always seek their own aggrandizement, either by overthrowing you who are their master, or by the overthrow of other contrary to your desire.

Auxiliaries may be excellent and useful soldiers for themselves, but are always hurtful to him who calls them in; for if they are defeated, he is undone, if victories, he becomes their prisoner.

Auxiliaries, these being far more dangerous than mercenary arms, bringing ruin with them ready made. For they are united, and wholly under the control of their own officers.

In a word, the armour of others is too wide, or too strait for us; it falls off us, or it weighs us down.

The ruler is not truly wise who cannot discern evils before they develop themselves, and this is a faculty given to few.

A Prince, who is ignorant of military affairs, besides other disadvantages, can neither be respected by his soldiers, nor can he trust them.

As to the mental training of which we have spoken, a Prince should read histories, and in these should note the actions of great men.

I say that every Prince should desire to be accounted merciful and not cruel.

It is far safer to be feared than loved.

Men will sooner forget the death of their father than the loss of their patrimony.

He must keep his mind ready to shift as the windows and tides of Fortune turn, and, as I have already said, he ought not to quit good courses if he can help it, but should know how to follow evil courses if he must.

Men in general judge rather by the eye than by the hand, for every one can see but few can touch. Every one sees what you seem, but few know what you are, and these few dare not oppose themselves to the opinion of the many who have the majesty of the State to back them up.

A Prince sooner becomes hated by being rapacious and by interfering with the property and with the women of his subjects, than in any other way. From these, therefore, he should abstain. For so long as neither their property nor their honour is touched, the mass of mankind live contentedly.

A Prince has little to fear from conspiracies when his subjects are well disposed towards him; but when they are hostile and hold him is detestation, he has then reason to fear everything and everyone.

The best fortress you can have, is in not being hated by your subjects. If they hate you no fortress will save you.

It is human nature when the sea is calm not to think of storms.

I think it may be the case that Fortune is the mistress of one half our actions, and yet leaves the control of the other half, or a little less, to ourselves.

What remains to be done must be done by you; since in order not to deprive us of our free will and such share glory as belongs to us, God will not do everything himself.